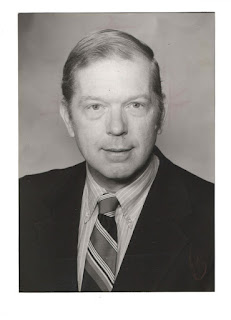 James W. Keeler, 82, of Suttons Bay, Michigan died Monday, April 13, 2009, at Tendercare of Leelanau. Keeler was born March 21, 1927, in Corning, N.Y., the only son of James and Helen (Doane) Keeler. As a young man, James served in the United States Army in Korea immediately after World War II. Keeler was a passionate classical music fan, and worked his entire life as a classical music radio broadcaster. He was a classical music announcer at Philadelphia's WHYY FM in the late 1950s. At WHYY FM, in 1961, he co hosted an afternoon news and features program called Kaleidoscope for ERN [Educational Radio Network] with Al Hulsen at WGBH FM in Boston. Later at WFLN AM and FM, Philadelphia Keeler was the station program manager...and later PD at WQRS, Detroit. His travels in radio broadcasting took him from the Curtis Institute of Music in Philadelphia to Boston, New York, Detroit and to Traverse City. Keeler, was the announcer on Philadelphia Orchestra radio concerts in the 1960s and 1970s. This series was heard in national syndication weekly. "From the historic Academy of Music in Philadelphia, this is James W. Keeler welcoming you to a broadcast concert by the Philadelphia Orchestra." He was program director for Philadelphia's WFLN Radio and the production credit on those broadcasts went to the "Magnetic Recorder Reproducer Corporation" a division of the classical station. Following many years at WQRS the Detroit classical station he retired to Traverse City, MI. James wrote reviews in the Record-Eagle for the Traverse Symphony Orchestra. He was also involved with the cities public radio station WNMC.

We are an Amazon.com associate

Commissions earned from Amazon.com qualifying purchases help to support us. Thank you!

shop and support us...

How to support WIKIPEDIA too:

If you have any questions concerning this site, do not hesitate to contact us. Album images are provided by amazon.com for sales or from artists or their agents. If you are the author of any of the images found in this website, please do not hesitate to let us know and we'll put your deserved credits under the proper thumbnail(s) or remove any at your request. : mailbox